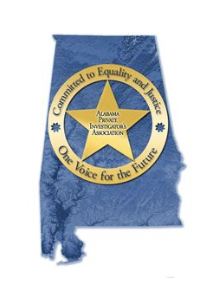 NCISS alerts and communication regarding removal of personal identifiers from view

In an effort to keep you informed about distant problems and negative impacts to our profession, I urge you to read the information provided by Kelly Riddle.  Please consider how this will impact you, should Alabama follow along with the rulings.  We are already seeing the impact from the expungement pleas being awarded.

​Several states are moving towards the removal of dates of birth in their court records.  This presents problems on many levels.  Those of us who do pre-employment backgrounds face a burden due to the Fair Credit Reporting Act (FCRA) requirements.  According to the FCRA, a company doing pre-employment backgrounds (CRA) is required to validate the information on a person to the greatest extent possible.  Failure to do so can create legal liability and open the door for a lawsuit.  For those of us that use this in the scope of investigative work, we don’t have the FCRA hanging over our shoulder but presents obvious difficulties in confirming the record pertains to our subject in question.

In California, the 4th Appellate Court in the state of California made a ruling in All of Us or None – Riverside Chapter vs. W. Samuel Hamrick, which among other things instructed all Superior Courts in the state to remove the dates of birth (DOBs) from their online systems and public access terminals. The industry backlash was strong and approximately ten days later, a partial date of birth, both month and year, was repopulated on the public access terminals. Even so, in Los Angeles County, they announced on August 20th the court clerks would no longer be allowed to verify full date of birth.

In Michigan, effective July 1, 2021, the Michigan Supreme Court ordered the removal of all personal identifiers from public court files other than the defendant’s name. This is part of AO No 1994-4 establishment of Michigan Trial Courts Records Management Standards. In order to protect privacy and address security concerns, it is ordered that protected personal identifying information, as defined in court rule, filed with the state courts of Michigan in any form or manner and for any purpose must be nonpublic.  These identifiers include date of birth, social security number, driver’s license number passport numbers, etc.

In Texas, we are finding that in the major metro cities, an open-records request is immediately being sent to the city or county attorney who sends a blanket letter stating they have sent the request to the Attorney General for a ruling on whether it should be released or not.  Part of the letter to the AG includes this:

For the reasons set forth in this letter, the city seeks a ruling from the Office of the Attorney General to protect the enclosed records from disclosure.

For the most part, the AG is requiring the release of the documents with highly redacted information.  These are just some examples of why we as leaders have to be strong in our stand and response to issues such as these.  Most of us have been in the fight for a long time but it appears the noose continues to get tighter.