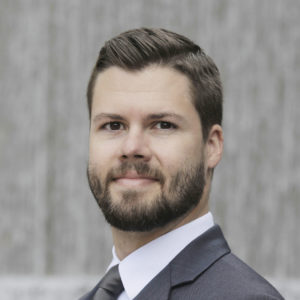 Tell us when you started in the PI profession?

My career in investigations unknowingly started at 18 while I was still in high school. A friend of the family, Tom Hawkins, was in the business and offered me some part time surveillance work. I would go to school during the day and in the afternoons, I would follow people. I was having way more fun than any of my friends at their after school jobs and was making much better money from it.  I could always tell the best stories at parties with my tales from behind the camera. And speaking of those tales…

Tell us about your most exciting case.

It was a divorce case. We were tasked with surveilling the husband on an out of town trip to a completely different continent! He was flying to a country in Central America, which the client (wife) confirmed. However, he told his wife he was flying to Asia for work. Knowing that was a lie, we knew the subject was up to something nefarious. We sent a two man team to the destination country the day before the subject’s flight left so that they could secure transportation, set up at the airport when the subject’s plane arrived, and prepare to follow the subject from the airport. We had no information as to where the subject would be staying during the trip.

That is where I came in. I was tasked with boarding the subject’s flight and initiating conversation while boarding. The hope was to extract information about where he planned to stay while abroad. I was successful in doing this – maybe a little too successful. I started a conversation with him and we struck a friendly chord – he even switched seats on the plane to sit next to me and tell me more about his trip. Considering this was a red eye flight, there were plenty of empty seats to do this.

By the time we landed, I had “befriended” the subject and we shared a cab to the hotel where he was staying. The team waiting in anticipation for mobile surveillance couldn’t believe it as we exited the airport and entered the cab together. For the next week or so, I covertly documented the subject’s activity and the case ended up being a slam dunk. However, I am not a callous person.  I felt bad for the deceitful role that I played in that situation. Despite the subject’s short comings as a husband, he was incredibly nice. Perhaps, a little too nice.

Tell us about your business and how it has grown.

Tom has been in the business for many years, way before I could even use a camera. He has worked hard over the years to grow Hawk PI into the firm it is today – using his consultative approach with clients and attorneys to build relationships and trust.

Where are you located and what services do you offer?

Hawk PI is based out of Atlanta and provides investigative services throughout the Southeast – mainly Georgia, Florida and Alabama. We offer the traditional PI services, the gold-standard if you will, that the members of GAPPI are familiar with.

Since the 90s, Tom has seen the industry change and has strived to be at the forefront in terms of quality of services and employing the latest in technology. We have branched into more technical investigations like TSCM and cell phone/computer forensics as well as bringing all of these services together for security consulting

What do you think is the key to being a successful PI?

Trying not to be too cliché- a good team and communications. The team at Hawk PI relies on each other and keep an open dialogue on the cases and clients.  Everyone within the company is kept up to date about the cases. We are all ready to step in when it is needed and help each other out and be flexible enough to handle the ever-changing needs and situations of a case. Everyone pitches in and shows up in the good times and in the bad times.

When you are not behind a camera or desk, where might we find you?

I enjoy hiking and spending time with my fiancé, Katie, and our two German Shepherds. If weather and work permits, you can find me on the water fishing. Flyfishing in particular, is something I really enjoy doing. When the weather doesn’t cooperate, I pass the time tying flies and planning out my next outing on the water.